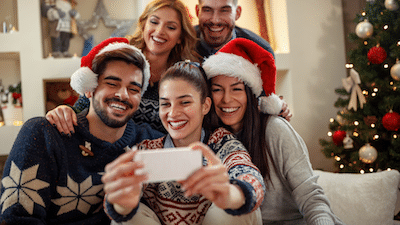 Today we want to teach you some interesting facts about Christmas in English speaking countries that you might not know.

Everybody knows that Christmas is popular in the USA, the UK and in other English speaking countries. India, Australia and Canada were all British colonies in the past, but which of them holds the Guinnes World Record for the biggest ever Christmas tree made up of people? 4,030 people got together in the shape of a Christmas tree, but where? In India, in Australia or in Canada? Answers will be given at the end of this Christmas podcast.

I’m going to tell you five things about Christmas in English speaking countries that not everybody knows. However, you must pay attention because not everything that I say is true. In fact, two of the facts will contain information that is false. Listen carefully to try and work out what you believe and don`t.

Here is the first thing.
Christmas is a celebration of the birth of Jesus Christ, but many symbols we associate with Christmas are even older than that. The Christmas tree is a symbol that, even in the middle of winter, plants are alive and the spring will return. People put Christmas trees in the places where they lived before Jesus Christ was born. Mmmmm. Is that true?

Here is my second fact.
The name Santa Claus comes from Saint Nicholas. He was a good man who lived about 300 years after the birth of Jesus, and he became famous for giving money and gifts to unfortunate animals. He is the inspiration behind the story of Father Christmas. Mmmmmm, but is it true?

This is my third fact.
Christmas is a very popular celebration now in the United States of America, but that has not always been the case. Until 1681, celebrating Christmas was against the law, and anyone who celebrated was arrested and fined. That means you had to pay money. Mmmmmm, but is it true?

This is my fourth fact. Christmas is dangerous. Every year 15,000 people in the USA are taken to hospital because of accidents when decorating their houses. Be careful now. That Christmas tree could be more dangerous than you think. Mmmmm, but is it true?

In Trafalgar Square in the centre of London there is a very beautiful present that the country of Norway gives to England every year. It is a giant inflatable model of Father Christmas which sings Christmas songs. Mmmmmm, but is it true?

So, let`s summarise our Christmas facts.
The first one was the Christmas tree is even older than Christianity and Christmas itself.
The second one is about Santa Claus, St. Nicholas. He was a very important religious man who helped by giving food and money and food to animals.
The third one is that Christmas in the past the United States of America was actually against the law, illegal.
The fourth is that Christmas can be dangerous. Every year 15,000 people in the United States go to hospital because of accidents when decorating their houses.
And the fifth was that in Trafalgar Square in the center of London there is a giant inflatable model of Father Christmas given to the people of England by Norway.

I hope you have had time to think and decide which two of these contain information that is not true.
Now, I will tell you what is true and what is false, but I will only do so if you promise to ask someone else the same questions. You can make it into a game to play with your family over the Christmas dinner.
That way, you are not only learning more about Christmas, but also improving your English. 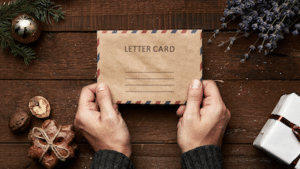 It`s true that people put Christmas trees in their houses before Jesus was born.The ancient people in Europe did this to mark the coldest and darkest days of winter.

It`s also true that Saint Nicolas was the original Father Christmas, or Santa Claus. He was kind and generous, but he didn`t give money to animals. They don`t understand what money is. He gave it to unfortunate people.

It`s hard to believe, but in the USA celebrating Christmas really was against the law.The Puritan Church at that time was very serious, and they didn’t like parties and people having fun.

It’s also true that 15,000 people every year have accidents when putting up decorations … and then go to hospital. Make your house look nice, but be careful.

The last fact is not true. The country of Norway does give London a present every year – a very tall and green Christmas tree – not an inflatable Father Christmas.
What about the questions from the start of this podcast? Remember, India, Australia and Canada were all British colonies in the past, but which of them holds the Guinness World Record for the biggest ever Christmas tree made up of people? 4,030 people got together in the shape of a Christmas tree in India, Australia or Canada?

The answer is India, which just goes to show that everyone loves Christmas.

There’s one more thing which is very important for people to remember at Christmas time.  It doesn`t matter if you go to church or which religion you believe in or even if you don`t have a religion.  Think of this time of year as a time when you can be happy, but try to be nice to people less fortunate than yourself.

Pay attention to your older relatives. Take some food or drink to the old man who lives in the street.Be kind to animals.Make it a special day, but not just for you.

Thanks for listening and … a Merry Christmas and a Happy New Year.