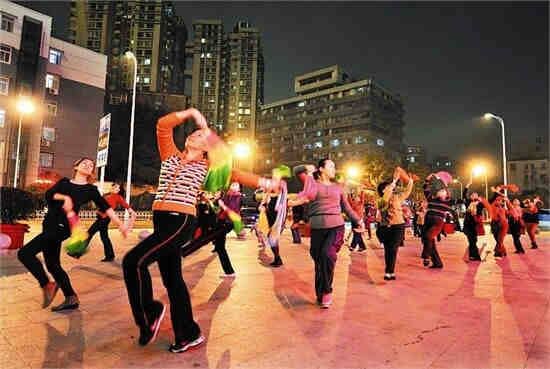 All about Asia – China!

You can learn 5 languages with VivaLing: English, Spanish, French, German and Chinese – or more specifically Mandarin, as there are hundreds of languages in China – not surprising when you remember that 20% of the world’s population is Chinese.

In today’s podcast, we are going to learn some of the things that China has given to the world and also hear about what makes China such a special place.

But first, I am sure you are expecting me to ask you an interesting question, so here you go. Everyone knows that the Chinese invented many things, but which of these things were not invented in China – gunpowder, chess, paper, football or the compass?

VivaLing is, of course, a language academy, and I love to talk about words and expressions. Pay attention because I will be asking questions about these words and about Chinese culture in a few minutes.

Everybody loves tomato ketchup, and many people believe it must be an American or British invention. It is – in a way – but, in fact, Ke-tsiap was originally taken to England in the 17th century. It was a dark Chinese oriental sauce made from fermented fish, nothing like today’s ketchup. When British settlers arrived in the United States of America, they introduced tomatoes to the recipe, and gradually it became the sauce that we know today.

The phrase “Chop-chop” is one of my favourites. I often say this to my students when they are being slow. Chop-chop means “hurry up,” but little did I know that this phrase was picked up by British sailors working in the south China seas with Cantonese sailors. It originally came from the Cantonese “Kwai kwai.” So come on. Chop chop. It’s time for the next phrase.

What do you say when you see an old friend you haven’t seen for a long time? Well, many people might say, “I haven’t seen you for a long time.” That would be an excellent and grammatically correct sentence. Why then do so many English speakers use the expression, “Long time no see?” The answer is that it was picked up by British sailors (again) from the Cantonese expression, “Hǎojǐu bújiàn.” The simple rhythm and message of the expression made it popular, and now people all over the world say, “Long time no see,” even if grammatically it is a little strange.

Noodles are a very important part of Chinese culture. Some people in China say, “Nìngkě wú fáng zhù, yě bù yuàn wú miàn chī,” which means, “I would prefer no house to live in rather than no noodles to eat,” although you could always sell your house to buy some noodles, I suppose. And did you know that noodles are a symbol of long life in China? On people’s birthdays, they serve “longevity noodles,” which have to be really long to symbolise how long the person will live for.

Wuhan in Hubei province is famous all over the world for being the place where Covid-19 is thought to have started, but let’s celebrate something more positive – Wuhan Hot and dry noodles (Rè gān miàn). These are considered among the top ten of China’s best noodle dishes, and they started a little bit by accident.

In the 1930s, Cai Mingwei had a food stand in Wuhan selling noodles and other snacks. Some people say that one day, when he was very busy, he accidentally spilled sesame paste into the noodles he was preparing. He couldn’t afford to start again, so he improvised, and the customers loved the hot and dry noodles he created. Other people say that he used trial and error to make the most of sesame paste that otherwise was left aside. It just goes to say accidents can sometimes be a good thing, and you should always try to be creative!

Another important thing to understand about modern China is “guǎngchǎng wǔ.” What is this? If you look on YouTube or Baidu, you will see amazing videos of Chinese people dancing together in the evenings, sometimes hundreds of them. Dancing in China for exercise dates back nearly 3,000 years to the Spring and Autumn period. This particular type of communal dancing to happy electronic music or sometimes more traditional music became popular in the 1990s. Of course, not everybody likes it. One man in Beijing was arrested after he fired a gun and ordered his three dogs to attack the dancers because of the noise. But next time you go to China, why not join in a guǎngchǎng wǔ ? The moves are easy, and the people will welcome you to be part of their culture. Why not?

Have you been paying attention? I hope so. Well, we’ll soon find out.

Which three English words or expressions originate from Chinese?

An expression to tell people to go faster – Chop chop.

What you say when you see an old friend after a long time – Long time no see.

Noodles – what expression do Chinese people say that highlights how important noodles are for them?

Who was Cai Mingwei?

The noodles salesman in Wuhan who accidentally invented hot and dry noodles in the 1930s.

What can you do in public squares in China to meet other people and do exercise?

Well, I hope you have learned something new about China today and, if you are curious, our VivaLing Mandarin coaches can teach you more.

But before we go, what about the answer to my question from the beginning of this podcast?

The Chinese invented many things, but which of these were not invented in China – gunpowder, chess, paper, football or the compass?

The answer is that all of them were invented in China. Many people think that football was invented in England, but apparently there was a game played with a ball and the foot in China thousands of years before English football started.