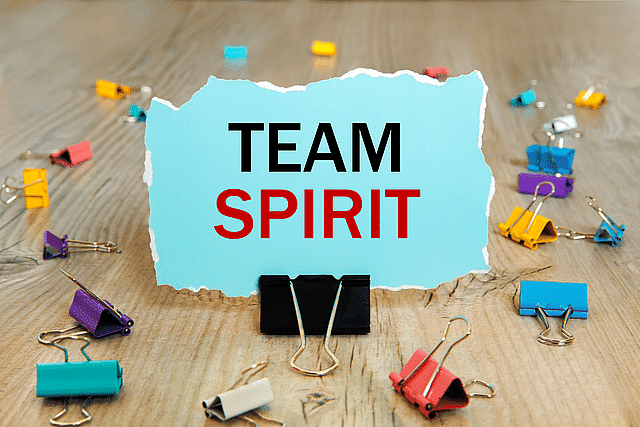 The value of teamwork

Even in your VivaLing sessions, you might not realise that the excellent work your VivaLing coach does is the result not just of their talent, but also a wide range of professionals designing teaching materials, a training and management process and a technical and marketing team to ensure everything goes smoothly.

I like stories, so I’m going to tell you two which illustrate the importance of teamwork. You can decide which one you like the best and also check you have understood everything with some questions at the end of this podcast.

But first, as usual, I have a question for you. The Great Pyramid of Egypt was obviously built by more than one person, but how many people were needed to build such an enormous and impressive landmark: 7,000, 70,000 or 170,000?

Story number 1 – The Monkey and the Elephant.

Once upon a time in a jungle there were two good friends – a monkey and an elephant. One day they started to argue. The elephant said it was better to be strong. The monkey insisted that being fast and agile was better.

They couldn’t reach agreement, so they went to the wise owl and asked him the same question. The owl promised to answer the question if the two animals accepted a challenge.
Across the river, there was a tall tree with golden fruit hanging from it. It was almost impossible to get the fruit from such an enormous tree. The owl would only answer the question after they brought him the fruit.

The wise owl, at this point, stopped the argument and said, “Each one of you have your abilities and strengths. While one is not better than the other, individually they are not very effective, but collectively as a team you have achieved the impossible all because you used your strength at the right time to do the right thing.”

Story number 2 – A Bundle of Sticks

A father had a family of sons who were always arguing among themselves. Whatever he said made little difference, so he was always trying to think of ways to show them that their constant fighting would lead to misfortune.

One day, the arguments were worse than usual, and each of the sons was complaining and fighting. The father asked one of the boys to bring him a bundle of sticks.

STOP! What’s a stick? What’s a bundle? A stick is a small piece of wood that comes from a tree. A bundle is when lots of sticks are tied together.

START! He handed each boy a stick and asked them to break it. They did so easily. Then he handed them the bundle and, although they tried their best, it was impossible to break.

“My sons,” said the father, “do you not see how certain it is that, if you agree with each other and help each other, it will be impossible for your enemies to injure you, but if you are divided, you will be no stronger than a single stick.”

After that, the sons never argued again. One became the President of the United States, another discovered a new continent and the third became the most successful football coach in the history of the game.

By the way, I might have made that last detail up.

Here are some questions to check you have been paying attention.

What were the abilities of the monkey and the elephant ?

The monkey was fast and agile, and the elephant was strong.

Why did they cross the river ?

To pick the golden fruit from the enormous tree

What animal gave them the challenge ?

The owl (a wise owl)

What word means a small piece of wood from a tree ?

Was it easy for the boys to break the sticks ?

What word means a lot of sticks tied together ?

What is the moral of the two stories ?

That we can achieve more, much more, when we work together

Do you remember my question from the beginning of this podcast ?

How many people were needed to build the Great Pyramid in Egypt ?

Well, the interesting thing is that, in the past, historians believed that it must have taken more than 100,000 workers. So great was the achievement.

Recent research has shown that due to the excellent teamwork used by the Egyptians, only around 7,000 workers were needed to build each pyramid.

Still quite a lot, but not as many I thought.

Thanks for listening and remember – teamwork makes the dream work !!!