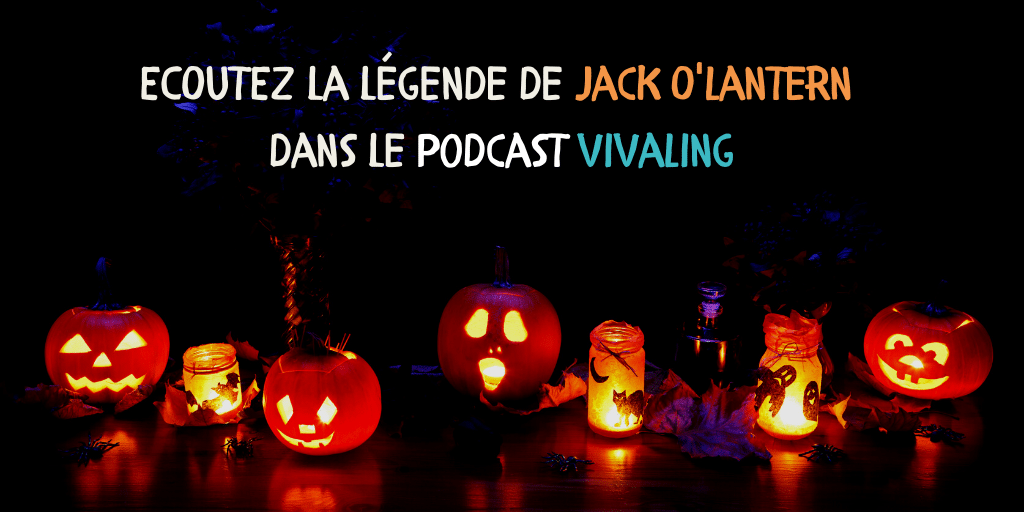 Welcome to the VivaLing English podcast

As you know, we are getting closer to the end of October. The end of October is famous for many things: beautiful leaves on the trees, the days getting shorter in the north, but longer in the south and, of course, Halloween.

The way people celebrate Halloween today is similar in some ways to the way that it was celebrated 2,000 years ago. One difference is that it wasn’t called Halloween 2,000 years ago. It was called Samhain. The ancient Celts, people from places in Northern Europe like Brittany in France, Wales and Scotland in the UK, and Ireland believed that the beginning of winter was a time when the spirits of the dead returned to the earth. And maybe they were right.

One of the things children enjoy the most about Halloween these days is the sweets or candies. Families buy candies in the US to give trick or treaters and also for their own use, but how much money do you think Americans are expected to spend on candy this year?
Is it :
A. $10 million
B. $500 million
C. $2.6 billion

Think about it. If your answer is right, you can have a candy, but I’m not going to tell you now. At the end of the podcast, you will discover the answer.

Let’s look at some traditions connected with Halloween and choose one story that hopefully will not be too scary for you.

One famous tradition is trick or treat. Trick or treating is when children knock on a door and offer either a trick or a treat. This means that, if you give them something nice to eat, for example, they will go away. If you don’t, they will play a trick on you, for example, by frightening you with their costumes and masks. If you don’t want the kids to do something bad, it is best to give them a treat. A treat means something special and nice.

But what I want to look at in more detail now is the legend behind the Jack O’Lantern.

These days it’s very popular for families to take a pumpkin, hollow it out, carve a face into it and light a candle inside. It looks cool and scary, but why? And why is it called a Jack O’Lantern?

The story comes from Ireland, and it is about a man called Stingy Jack.

Jack was a bad man. He was mean and stingy. He never helped anybody and tried to keep everything for himself. That’s what stingy means. He also loved playing tricks on other people. One day he decided to trick the Devil.

He persuaded the Devil to climb an apple tree, and then he put crosses under the tree. The Devil was stuck up the tree because he couldn’t go near the crosses. Jack made a deal with the Devil. He said that, if he removed the crosses, the Devil had to promise that he would not let him go to hell when he died. The Devil agreed.

But there was a problem. When Jack died, God wouldn’t let him into heaven either, so poor old Jack had nowhere to go. He couldn’t go to heaven or hell. So, he had to wander around the darkness forever.

The only thing he had was a bit of fire the Devil had given him and an old turnip, which is a vegetable a bit like a big and ugly potato.

The Irish people started putting up vegetables with lights inside them to keep Stingy Jack away from their houses on Halloween. That’s why it is called a Jack O’Lantern.

If you were, you will be able to tell me if these sentences are right or wrong!!

2. Jack tricked God by getting him to climb a banana tree.
Wrong – He tricked the Devil, and it was an apple tree, not a banana tree.

3. The Devil was afraid of the crosses.
RIGHT – Devils are always afraid of crosses.

5. People from Ireland are afraid of Jack.
RIGHT – And so am I, and I hope you are, too.

Now, when you start making your Jack O’Lantern for Halloween, you know the story behind it. To show us that you understand and enjoyed this story, make sure your Jack O’Lantern has something from the story of Stingy Jack, maybe an apple tree or Jack’s ugly face or the Devil. Take a photo and send it to us at VivaLing. You can take a photo and give it to your coach, or you can post it on the VivaLing Facebook page.

Thank you for listening, but before we finish, I have to answer the question from the beginning of the podcast. Do you remember the question?

Americans spend a lot of money on candy for Halloween, but how much will they spend this year: $10 million, $500 million or $2.6 billion?

If you said $2.6 billion, your answer is right. Americans spent an incredible $2.6 billion on candy for Halloween. That would buy 300,000 tonnes of candy, which would be the same size as 6 Titanic ships… pretty amazing.

But remember, candy is bad for your teeth. Have some, but not too much.