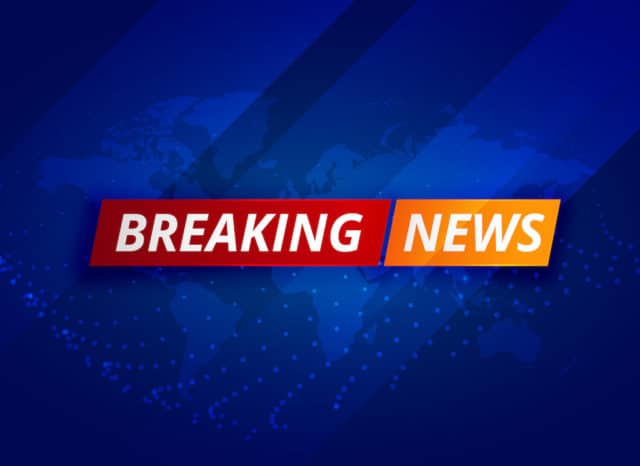 EN Podcast: Learn English by listening to the News

Episode 5 – The question is recurrent: how can I improve my level of English outside of class? All opportunities are good as long as they allow you to practise a new language. But there’s one that’s easier than the others: following the news in VO thanks to the News. Radio, TV, newspapers: there are many practical tools to improve your written and oral comprehension and to extend your vocabulary.

In this new Podcast VivaLing, Tom, our super English coach, gives you lots of tips on how to best use the “News” to progress in English.

Welcome back to this new VivaLing English Podcast!

Today you`re going to learn a lot about the news!
Is that good news? Yes, of course.
Boring news is banned on the VivaLing English Podcast.

First of all, I want you to think back to the past. Nowadays, people follow the news using the internet or TV. When something happens in one part of the world, we can instantly find out about it thousands of miles away.

How did people follow the news in the past?

I`m going to tell you about 3 different ways that ancient people used to spread the news, but one of them is not true. Which do you think it is?

1. Pigeons are small and simple birds but have been used to carry messages for centuries. The news of Napolean Bonaparte’s defeat was taken to England by a pigeon.

2. In the Amazon region, the forests are dense and make communication difficult. Indian tribes created a system of sending logs, which are large pieces of wood from trees, with special markings to tell other tribes down the river what was going on.

3. Smoke signals were used by American Indians, the Chinese and the Greeks to send messages across mountains and hills.

Even the word NEWS is interesting. It is one of the few words in English that finishes in “s” but is not plural. Which is correct? Do we say, “The news is good” or, “The news are good?” The news is good is correct because we never use news in the plural, and we never say I have a news. There are some other words like this in English, curiously politics and economics, which are often, of course, in the news.

One of the big issues these days is fake news! How do we know if a story we read on the internet is true or not? Why do some journalists make up stories? Be careful! Sometimes on social media your friends might post a link to a funny story, but is it true or not?

Pay attention to these examples of ancient fake news. I will ask you some questions at the end.

Even the Ancient Egyptians used it. Ramesses the Great spread lies and depicted his army as the great victors of the Battle of Kadesh. He created images of his victorious soldiers chasing the enemy away from Egypt. In fact, he didn’t even win the battle.

The Roman politician Mark Anthony killed himself partly as a result of fake news. Rivals such as Octavian claimed he was a drunkard – he was always drinking too much wine – and a womaniser, always running after young ladies.  Not only this, but they also claimed he was a puppet of the Egyptian Queen Cleopatra. A puppet is a small doll which can be moved, but it means that you do what other people want you to do. Poor Marc Antony.

One of the best examples of fake news is the series of reports in The New York Sun in 1835. They claimed that a famous astronomer, Sir John Herschel, had used a powerful telescope to observe the moon and had seen beaches, oceans and trees, as well as strange animals and people with wings like bats. There were even pictures of the people flying around to fire our imagination even more. Many people believed the stories, and The Sun sold thousands of copies and was a successful newspaper until 1950, when it closed.

No fake news today would ever be as ridiculous as that or would it?

Let`s see if you have been paying attention.

Did Ramesses the Great win the Battle of Kadesh?
No. He created fake news to convince everyone that he had.

What did the Romans think about Mark Antony?
That he was a drunkard, a womaniser and a puppet of Cleopatra.

Name 5 things that The New York Sun said we could find on the moon.
Beaches, oceans, trees, animals and people with wings.

Did The New York Sun close as a result of the scandal?
No. They made lots of money and were very successful.

For you to improve your English, I recommend that you read or listen to the news at least once a week.

Find news that interests you. These days, it`s easy to find news on any subject, football, ballet, apple growing or just regular politics and economics. The BBC even has a special news programme for children called NEWSROUND.

If you can`t find it, ask your VivaLing coach to recommend sites and ways to watch the news, or you can see the links on Instagram and Facebook which accompany this podcast.

The main thing is you will learn new words, learn more about the world and have fun!

Before we finish, remember the question at the beginning. Did people use pigeons, logs or smoke to send news in the past? Which is not true?

Pigeons and smoke were really used, but the Indians using logs is my fake news. It sounds like a good idea, but not to send news up the river. The good news us that now you know, too.