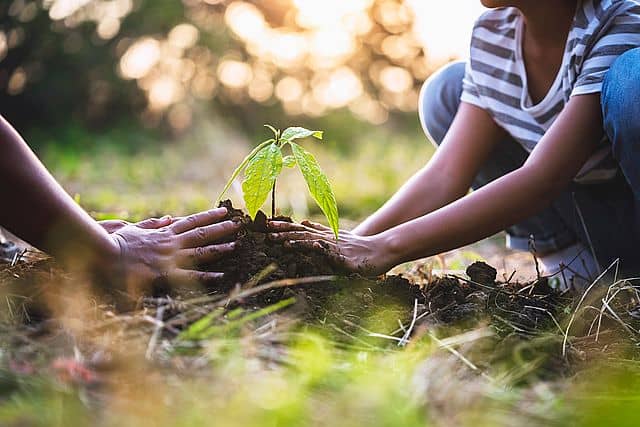 Many bad things have been happening with the environment and we all need to do more.

But let`s not forget that there is also good news.

Theses stories will inspire you to believe in conservation and improve your English listening skills.

The last few years have been bad for the environment. Every day we hear about forest fires, floods, plastic in the ocean, animals dying.

It’s true that the earth needs help. There are so many people in the world consuming natural resources that we have to find ways to preserve the planet.

But hold on! People have been involved in conservation for quite a few years now. Surely there must be some good news.

In today’s podcast, we will look at some of the great achievements of conservationists to encourage you to do more and also to help you see that all is not lost. If people work together, we can find solutions even for the worst problems.

But first a question. The River Thames in London 150 years ago was one of the most polluted rivers in the world. So much human and industrial waste flowed into the river that it was actually declared “dead.” Today, there are still problems, but there is also life in the river. Which of these animals has not been seen swimming in the River Thames: seahorses – (You know. Those little fish that look horses swimming in the river.) dolphins – whales – polar bears or crocodiles? Answers, as usual, at the end of this podcast.

I’d like today to look at 3 stories related to the environment: one famous conservationist, one important statistic and one animal conservation project.

Listen to this summary of the three stories and concentrate on the numbers. Afterwards, I will ask you why these numbers are important.

1 Rachel Carson was born in 1907 on a farm in Pennsylvania in the United States.

As a child, she loved nature and reading. She became a marine biologist but was concerned by the effect chemical pesticides were having on wildlife – particularly insects and birds. She wrote a book called “The Silent Spring” which called for the banning of products such as DDT, an extremely strong chemical, 675,000 tonnes of which was sprayed onto American soil over the previous 30 years.

The chemical industry denied her findings and accused her of being unqualified, crazy and a communist. Although she died only 2 years after her book was published, it resulted in DDT and many other chemicals being banned across the world, and she is seen as the inspiration behind many grassroots environmental movements which have changed the world.

An area of forest the size of France has regrown around the world over the past 20 years.
Nearly 59 million hectares of forests have regrown since 2000, providing the potential to soak up and 5.9 gigatonnes of carbon dioxide – more than the annual emissions of the entire United States.

Satellite images and surveys have shown that in the Atlantic forest in Brazil an area the size of the Netherlands has regrown since 2000 due to conservation efforts.

In Mongolia 1.2 million hectares of forest have regenerated in two decades due to the work of conservationists and the Mongolian government. During the same period, an even larger area of forest has been lost. It is true. So, the news is not all good, but it does show that conservation can and does make a difference.

Tigers are magnificent animals, but in the wild, their population has been in decline for decades now. However, after years of concern, the number of wild tigers in some areas does now seem to be rising. Experts are even describing it as a “remarkable comeback.”

In 2010, there were as few as 3,200 wild tigers in the world, but now five countries – India, China, Nepal, Russia and Bhutan – have given hope for the future.

In India alone, the number of wild tigers is now estimated at 3,350 animals, which makes up around three-quarters of the world’s population.

It’s the same story in Russia, Bhutan and China, where increased sightings of tigers suggest conservation efforts are working.

I hope that makes you feel a bit better… but what about the numbers?

59 million is
A – the number of hectares of forest re-grown since the year 2000 OR
B – the number of gigatonnes of carbon dioxide that can be absorbed by forests
The correct answer is A.

But before we finish, what about the answer to my question from the beginning of this podcast?

Which of these animals has not been seen swimming in the River Thames in London: seahorses – dolphins – whales – polar bears – crocodiles?

Well, it’s a difficult question to answer. In fact, there is a species of seahorses which are resident in the River Thames in London. I didn’t know that. Dolphins and whales are sometimes seen swimming up and down the river. Crocodiles are never seen in the River Thames. The polar bear is a very interesting one. In fact, in the 1250s, King Henry III kept a polar bear in the Tower of London, and it was (the poor thing) attached to a chain and allowed to swim in the river and try to catch fish. So, polar bears have been seen swimming in the River Thames, but it’s not common now. So, the correct is just crocodiles.