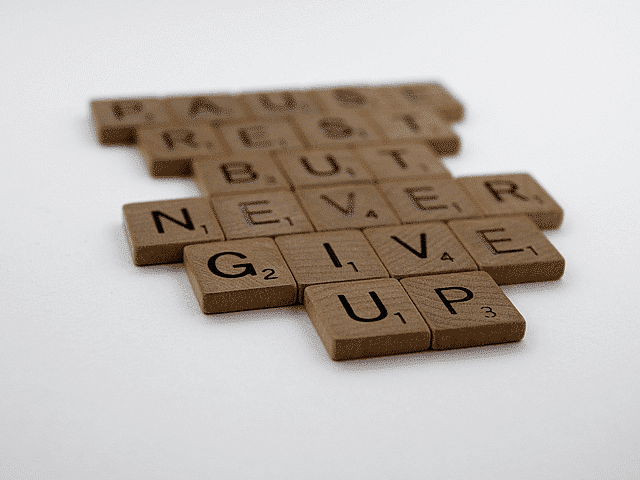 EN Podcast: never give up !

There are many things that make learning a language difficult.

Take inspiration from stories of persistance and follow 3 tips to improve your resistance and reach your goals!

Learning a new language is never easy. Whatever your age or background, there are a number of factors working against you.

You know you need to practice, but you don’t have time.

You feel bad because other people you know speak the language better than you.

It`s so difficult to remember those words, and the grammar is really complicated.

Sometimes we just think that we will never be as good as we want to be. Why waste time and money trying to improve when it’s so difficult, BUT…. look at these examples of persistence – successful people who suffered but never gave up and now are world famous.

These are the famous people:

Walt Disney – the creator of Micky Mouse and the Disney Empire

Thomas Edison – the inventor of the electric light bulb, amongst other things

Jack Ma – Asia`s richest man and the founder of Alibaba

Listen to these facts and decide which one is about which of these people.

There have been many studies made into why some people are successful at learning a foreign language and others aren`t.

Your home background – Did you grow up in an environment where people spoke more than one language?

Teaching style – Is your teacher`s style or approach effective or not?

Motivation – How much do you want or need to learn the language?

Intelligence – Are you a clever learner with a good memory and ability to analyse and understand?

However important these factors are, none are as important as the ability to persevere and, in this podcast, I am going to give you some tips on how to improve your ability to persist and never give up.

I am sure that these simple steps will help you but listening to tips is not good enough. What are you going to do today, now? Get a piece of paper and write down three actions that you will take as a result of my tips.

Now, it’s time for us to go back to our question from the beginning of this podcast.

Which of these famous people, Walt Disney, Thomas Edison or Jack Ma,

Walt Disney was fired for having no creativity and had to eat dog food.

Thomas Edison was sent home from school because his teachers thought he was mentally deficient.

And Jack Ma was rejected by 30 companies and 10 universities.

Curiously, Thomas Edison was sent home from school with a letter for his parents to read. His mother read it out to him. It said, “Your son is a genius. We can`t teach him here. You need to teach him at home or find another place for him.” Later, after his mother had died, Edison found the letter. In fact, it had said, “Your son is an idiot. We can`t teach him here,” but his mother had protected him and look how wrong his teachers were.

The message is, as the author Roy T. Bennet said, “It doesn’t matter how many times you get knocked down. All that matters is you get up one more time than you were knocked down.”

Thanks for listening to the VivaLing English podcast.