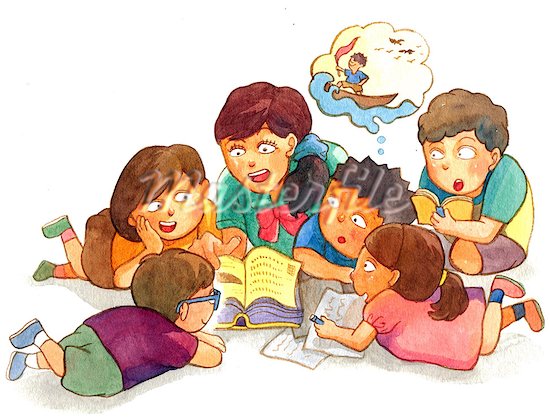 The man on the street has noticed it and science has confirmed it: children are more able to learn foreign languages and achieve high proficiency than adults. What are the reasons? All else being equal, neurology and psychology will provide us with the answers.

Neurological explanations address the state of the brain and its ability to carry out a given task at a certain stage of its development.

Several hypotheses were explored as early as the 60ies

One dealt with brain maturation: the brain was thought to be like a slate of clay which, once carved with the mother tongue, could neither be erased nor re-written nor complemented by a foreign language. Another explanation, focusing on native language interference, claimed that once the mother tongue had been acquired, the learning mechanism itself was completely dismantled in order to reallocate neural tissues – a scarce resource – to other tasks. It is known today that some of these extreme explanations are wrong and others, incomplete and oversimplifying.

However, other age-related phenomena affecting foreign language learning are now much better known. The first one is the decrease of brain plasticity over time. Brain plasticity, also known as neuroplasticity, refers to the changes in neural pathways brought about by environmental or experiential stimuli. Each new learning (be it knowledge or skill) triggers new brain circuitry creation so as to transfer and process the information. Conversely, unused connections are disposed of in order to optimize the brain functioning and performance. At birth, each neuron (and there are about 100 billion of them) has 2500 synapses enabling neural connections. At age 2-3, the number of synapses per neuron increases to … 15000, that is to say twice the average adult number. In fact, by neural pruning, synaptic density progressively decreases from mid-childhood and teenagehood onwards, at a pace specific to each brain area. In addition, myelination (the sheathing of axons) reinforces the effectiveness of existing neural connections but is detrimental to the brain’s flexibility to set up new neural pathways. Specialization of brain areas to specific and precise functions carries on. Neuroplasticity inexorably decreases with brain maturation. Processes like language learning enjoy a privileged window of opportunity after basic sensory functions and before higher cognitive functions.

David Birdsong, one of the current leading researchers on effects of age of acquisition, identifies other sources as well. Firstly, the widespread decline of cognitive capabilities with age is a regular phenomenon that does not spare language learning. Secondly, interference of the native tongue probably increases with age – age being a proxy of usage of this language. Last, according to psycho-linguists, Chomsky’s Language Acquisition Device –giving access to Universal Grammar –, or any other language-specific acquisition mechanism, seems to disappear with age.

Socio-psychological reasons are completely different in nature but no less significant. Children do not feel embarrassed by novelty, since everything is new and consequently nothing is really abnormal. New sounds, even when very different from the mother tongue’s, are not frightening. Children utter them convincingly whereas adults might hesitate to stress them as strongly – they are so “weird”! More importantly still, children will not shy away from trying even if not completely sure, from having a go even if they are mistaken and must start again. Besides, other children will not be critical of the mistakes, at least not in the same proportions. As for adults, they might fear that their social status – which comes across so naturally in their mother tongue – could be degraded by an incomplete command of the other language. To make a long story short, social self-awareness sometimes plays against language learning by adults. 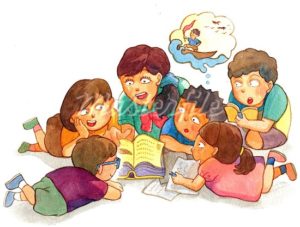 Regardless of the quality of the learning environment – this topic will be addressed at a later stage –, children are more able to learn foreign languages than adults because of neurological and socio-psychological reasons. This is why one should make the most of sensitive period of childhood – it is so favourable !