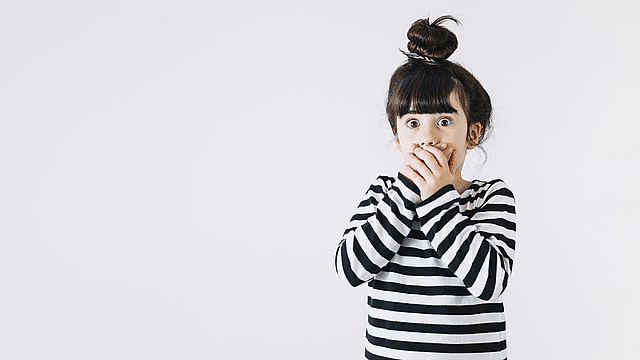 Could your child forget a language ?

Sarah and Jeremie’s parents have told us their family’s language history. With a French father and a South-African, English-speaking mother, the two kids grew up simultaneously bilingual. Born in India, surrounded by nannies strictly instructed to speak nothing but Hindi, the kids quickly gained a very good understanding of the local language. The family moved from India to Singapore when Sarah turned five and Jeremie was three and a half. At first the two kids greeted every Singaporean with an enthusiastic “Namaste” – even those clearly of Chinese or Malay origin. Soon, realizing their communication attempts were unsuccessful, they switched to English which was understood by all. One fine day, 6 months after their arrival in Singapore, an Indian asked them their names in very basic Hindi. To everyone’s surprise, the children remained silent, obviously not understanding the question. The perplexed parents made other attempts in Hindi but soon had to face the facts: their children’s Hindi seemed to have completely vanished.

This case is far from unique. Expat families, for instance, know it all too well and never run short of anecdotes on the matter. Initially so prompt to marvel at the nearly miraculous language acquisition of their kids, they are often taken aback when the second language disappears as quickly as it was learned. In his book Bilingual, Francois Grosjean shares several such stories. Little Stephen, at the age of 8, had already learned three languages and forgotten two. Kai Fong, of Cantonese mother tongue, emigrated to the United States with his parents aged 5; by the age of 10, speaking nothing but English, he was no longer able to communicate with the elder members of the family.

But all these disorientated parents often have a secret hope: isn’t the missing language buried somewhere in the brain and ready to re-emerge given the right conditions?

To formally answer this question and others, in 2003 Christophe Pallier chose to study orphans who had been adopted in their infancy or early childhood by families speaking a different language. The subjects finally selected were Koreans who had been adopted between the ages of 3 and 5 by French speaking families.The children had thus lost contact with their mother tongue – Korean – overnight. Then as adults, they underwent a battery of tests from Pallier and his team. The tests consisted, for instance, of recognizing sentences in Korean among other languages, or of identifying the correct translation of a French word between two Korean words. While doing so, the subjects’ brain activity was monitored by functional magnetic resonance imaging. For each of these experiments and observations, the results of these Korean orphans were compared with those of a control group of French subjects. The jury is out: the two groups were almost indistinguishable; the Korean orphans had retained no, or almost no memory of the Korean language. The only difference was that the orphans performed better than the control group at recognizing a series of numbers in Korean.

Nevertheless Christophe Pallier reports the findings of other researchers tending to prove sustainable benefits from early exposure to a second language, even when this language (or the mother tongue as seen earlier) seems to be later “forgotten”. The supposed benefits deal mostly with the fields of perception and production of sounds – but the experimental conditions of this research were slightly different and the exposure to the “forgotten” language had never completely stopped.

In view of the results, the call to action is clear. While childhood and early childhood enable second language acquisition in optimal conditions, the second language, if not maintained, can disappear as quickly as it came. It will be gone or nearly gone forever. One must therefore practice! Finally, other studies cited by Christophe Pallier or compiled on Monika Schmid’s website suggest that if the language is retained until puberty, attrition might then be much lower. This is yet another reason to reinforce one’s second language skills until puberty at least.

Addendum (September 2016) : Further studies have unveiled even more interesting aspects of attrition. As Leher Singh puts it, “you do not always lose what you do not use”. More specifically, while children may lose the ability to discriminate a phonemic contrast that occurs in their birth language after this language is replaced by another one, the reacquisition of the contrast after training will be much faster than for a control population. Other studies have yielded converging results : when attrition of a language occurs, the subject may not retain any conscious memory of this language but their brain’s electrical activity upon stimulation differs from that of the control group without prior exposure to the language.

* Note : the names have been changed.

Leher Singh, Jacqueline Liederman, Robyn Mierzejewski, Jonathan Barnes (2011). Rapid reacquisition of native phoneme contrasts after disuse: you do not always lose what you do not. In Developmental Science , 14:5 (2011), pp 949–959