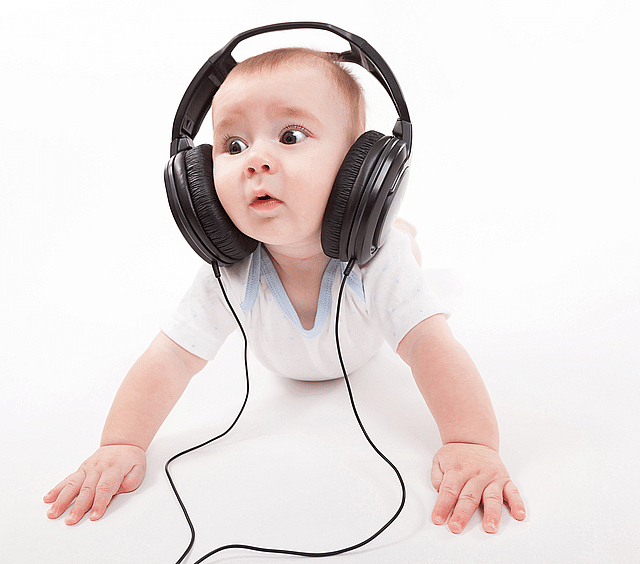 Perceiving Sound Contrasts : Before 1 Year of Age, or Never

Babies are born universal listeners. In the first months of their lives, they can discriminate all the sounds produced by human beings. It is no small feat: you and I cannot. A typical Japanese adult is unable to hear the difference between an English /l/ and /r/. A typical English adult cannot detect the nuance between Mandarin /ɕ/ and /t͡ɕ/. The various /k/ and /q/ sounds in native American languages are not discriminated by non-Indian American adults. And Catalan mid-vowel contrasts (/e/, /ɛ/) are difficult to perceive even for adult Castilian-speaking Spaniards.

Babies keep listening. And while listening, their brains take statistics on the languages spoken in their environment. What happens towards the age of 1 is an incredible linguistic transformation. Babies get better at discriminating the sounds of their own language (native contrasts); but they completely and irremediably lose the ability to detect the sound differences present in other languages but irrelevant to theirs (non-native contrasts). The age of this transformation is known as the critical phonetic period. It is the clearest of all language critical periods.

Incredibly, before they reach that period, babies can be trained in other languages. In her memorable 2010 TED Talk, Patricia Kuhl describes how twelve sessions delivered by a Mandarin speaker to American babies had the same effect as ten and a half months of native Mandarin speaking on Taiwanese babies: at the end of the experiment the two groups were equally good at the perception of Mandarin contrasts.

Two more miracles are to be highlighted. First, the baby brain is a social one. If the baby is exposed to other languages’ sound contrasts by a recording, be it a full video or just an audio track, their performance is as bad as if there had been no training at all. But if the baby is trained by a living person, then the capability to perceive contrasts becomes as good as if the baby had been a native speaker. Sarah Roseberry, a researcher in Patricia Kuhl’s lab, demonstrated in 2011 that the social impact is felt irrespective of the person’s physical presence or not : a Skype-like online, synchronous video interaction will have the same effect.

The second miracle is how adults could figure out whether babies perceive or not the sound contrasts. Babies, obviously, cannot speak, do not understand what the researchers are looking for and could not express consciously the results anyway. In a 2009 video, Derek Houston summarizes three common methodologies historically used to investigate infant speech discrimination skills :

– High Amplitude Sucking (HAS) : sensors measure the amplitude and speed at which a baby sucks a pacifier. When different sounds are played (and perceived as different) the sucking response changes.

– Visual Habituation Methods (VHM) : when habituated to a given sound, babies’ looking time at a visual display tends to decrease. A sudden increase means babies have detected a novel sound.

Today scientists increasingly resort to electrophysiological and neural imaging techniques, as mentioned in Kuhl’s video. This gives us a direct glimpse at what is happening inside the brain, and whether or not sound contrasts are perceived.